As usual, I can’t walk past something in the produce aisle that I’ve never tried before without stopping. So when I was at Trader Joe’s this morning and strolled by this bag of Shisito peppers, they went right in my cart!

Here is what was written on the bag: “The Shishito pepper has a grassy pepper flavor with sweet-hot citrus notes. While it’s generally a milk pepper variety, the heat level can vary ~ It’s said that about 1 in 10 peppers has a hot kick!”

What struck me was how tender and thin-skinned Shishito peppers are. My parents live about a mile down the road (#nojudgmentzone) and I immediately took my plate of peppers and drove to their house to share. These Sesame-Blistered Shishito Peppers received a two whisks up!

These take just a few minutes to make. Heat up a little sesame oil in a skillet over high heat. Saute them until blistered (charred marks). Remove from heat, season with salt…put them in your mouth!

These are great as a snack or a side dish. However, I think they would be an awesome side buddy to a charcuterie board. 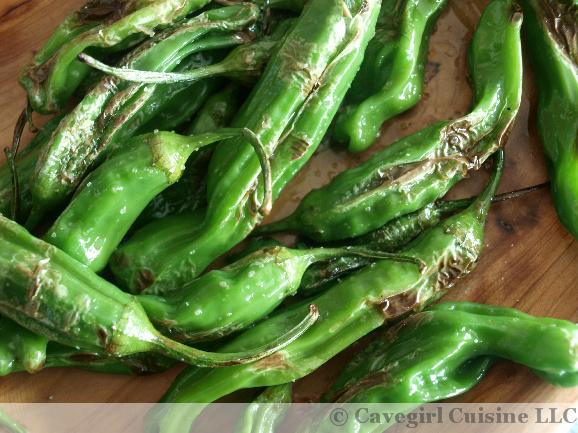