This was the first time I’ve done a round-up…what amazing sites there are out there.  It sounds so silly to say, but because I’m usually in the kitchen or uploading recipes, I rarely take the time to just “surf the web”.  Such incredible new recipes and flavors for me to try…I hope you enjoy these 20 Paleo One-Pot Wonders!

My husband recently had a chili cook-off at work, so I purchased a new slow cooker…my old one has been used to death and it would have just been embarrassing!  So, I found this one that actually has a clamp closure on the top so it travels well.

Habanero Chili by My Heart Beets

Paleo Bananas Foster by Confessions of an Overworked Mom 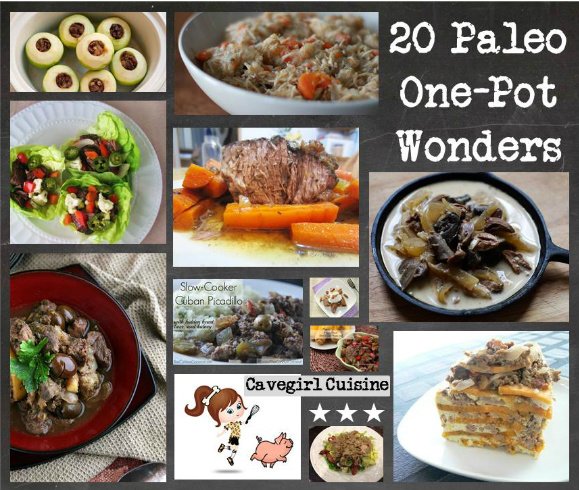