Autism and Hope…a father's holistic approach to his son's autism 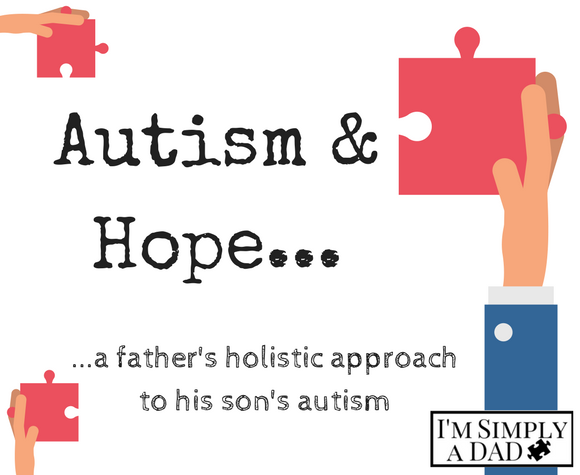 I am just starting to introduce posts from others after five years of blogging strictly about recipes. I couldn’t have come into contact with a more genuine and fantastic person, Dave Borden, and his family. Dave writes a blog, I’m Simply a Dad…but there is nothing simple about him. Read Dave’s story, his dietary approach, his efforts with his son’s autism, and I’m sure you will fall in love with him too…Read his words:

We don’t treat autism. We treat the symptoms associated with autism. 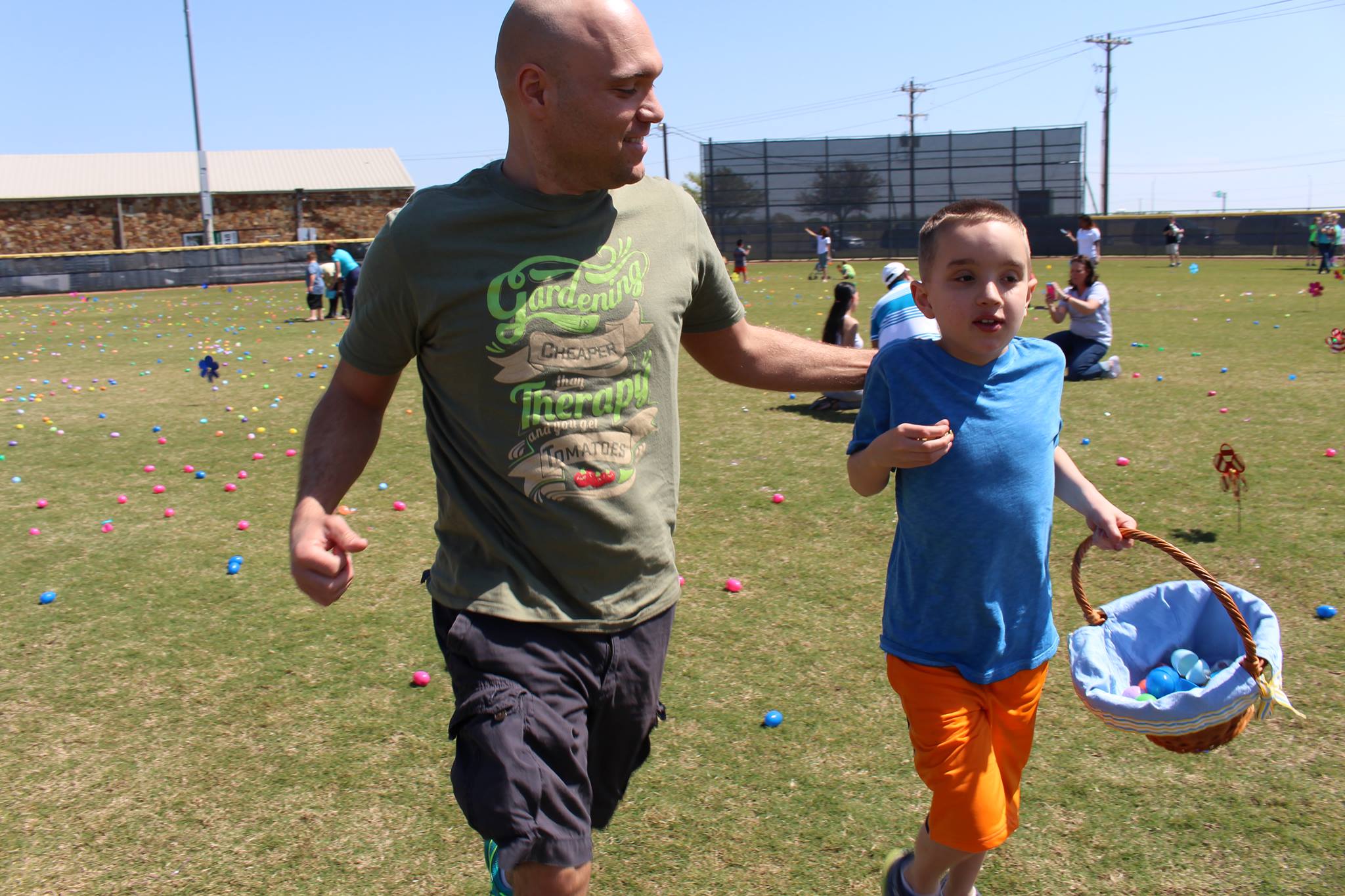 My wife and I have always said we want our son to be the best Ethan he can be. We are not trying to change our son. We love him unconditionally just as he is. However, we are treating him, so that he may FEEL better. The goal of our holistic approach to autism is to make a happier and healthier kid, so that he may be able to make progress in other areas.

If you’ve ever gone to work after not sleeping the night before, you know what a challenge it can be to be productive and get anything done. Imagine you’re only 8-years-old. For the past 2 weeks, you’ve only slept 2 hours each night. In addition to being sleep deprived, you’re in a state of constant fight or flight because your hormones are out of whack. To make matters even worse, you haven’t pooped in over a week. Now, imagine your mom dropping you off at school for the next 8 hours. How much progress do you think you will be able to make?

Autism is a Medical Condition

This scenario represents the reality that many autism families must face. The common belief is that autism is a purely psychological problem, and only affects the brain. The unfortunate truth is that children with autism battle serious medical problems. Kids on the spectrum can suffer from a variety of real health issues like poor sleep patterns, low muscle tone, severe allergies, seizures, gut problems, mitochondrial dysfunction, and a myriad of other conditions.

My family challenges the mainstream medical belief that autism cannot be treated. We take a holistic approach to autism, and diet is a major component of our treatment plan. Throughout the past 7 years, we’ve adjusted my son’s diet numerous times based on his ever-changing needs. We started with the standard gluten free diet, but eventually the whole family adopted the paleo diet.

Unfortunately, many staple paleo foods like nuts, most fruit, and even many veggies are off limits for my son. Due to his specific needs and food sensitivities, we’ve had to go beyond the basic paleo diet. In one sentence, my son is currently on a low sugar, low carb, high fat diet with lots of veggies and fermented foods.

What on Earth Does He Eat?

Luckily, I’ve been able to create some tasty recipes that he loves, ensuring he gets all the nutrition he needs. These recipes are full of foods that help build his immune system and kick up his natural detoxification pathways.

-Breakfast: In the mornings, the kids will typically have either homemade yogurt or my veggie breakfast bread.

-Meal Time: Lunch & dinners are kind of standard paleo meals. I try to keep it as simple as possible, so I like one-dish meals. I’ll try and sneak a fermented veggie in there as well. Tonight’s dinner will be beef n broc, and it is in the slow cooker right now. Yes, that’s right. My son with autism will eat broccoli, but only because he can’t find it in the dish.

-Snack Time: Typically, I’ll spend Mondays whipping up his yummy snacks for the week. He gets to eat homemade ginger cookies, coconut chips, & my awesome veggie donut holes. I also make fermented apples & blueberries for him to help replenish those gut bugs. 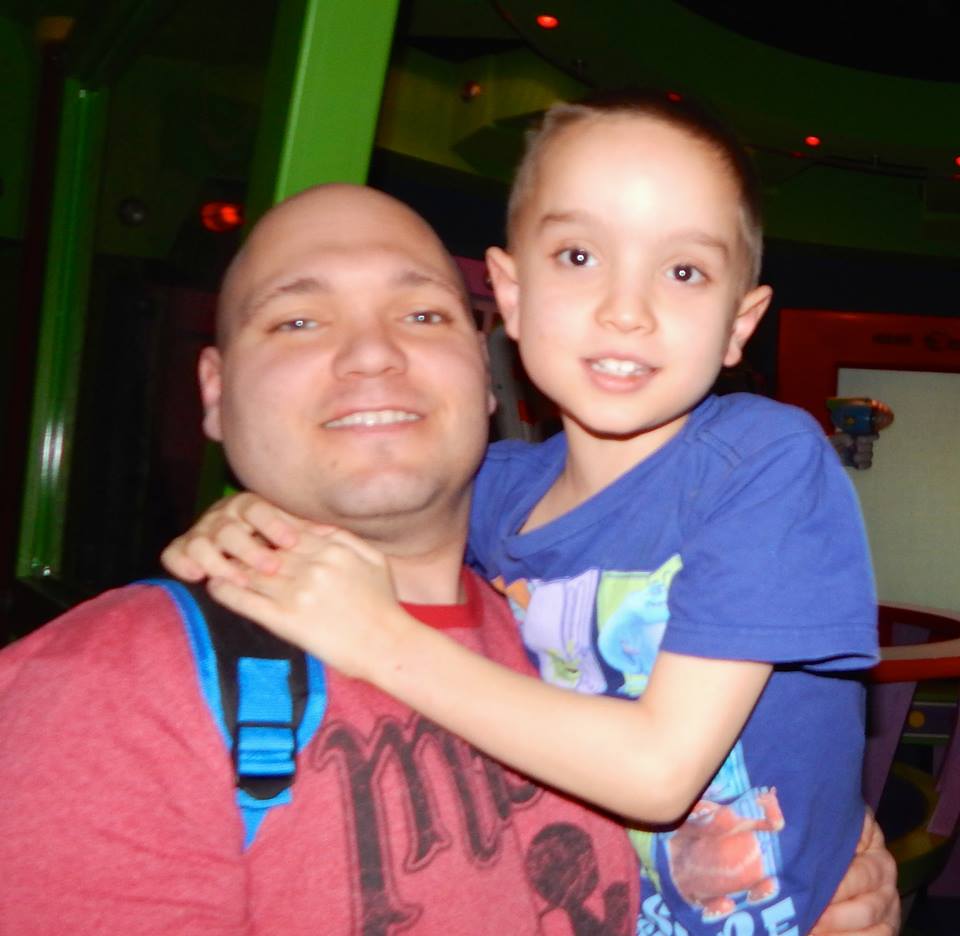 Treating autism with diet is quite the challenge. Many kids with autism have sensory & texture issues with different foods. A lot of these kids have strong carb & sugar cravings brought on by too many bad microbes in the gut. These cravings can lead to massive meltdowns. Throw in the inability to communicate well, and making diet changes for these kids seems down right daunting.

If there is one great success I have achieved as an autism Dad, it is overcoming each of these challenges. I can now make massive adjustments to my son’s diet, and he adapts quite well. It wasn’t always this easy though. My wife & I worked very hard to get here.

Before learning about diet, we were like many parents. It’s nothing but the best for my kids. They get all white meat, whole grain chicken nuggets only. We thought we were feeding our kids healthy with whole milk, whole-grain Cheerios, and some Goldfish crackers for snack. Of course, we eventually learned that all these alleged healthy foods were actually quite unhealthy and hard on sensitive guts like the ones kids with autism have.

How We Were Able to Overcome Diet Challenges?

In the beginning, meal times became like full-blown food therapy sessions. My wife and I would take turns working with my son trying to get him to at least try the targeted food item. We would work with him for 30 minutes or more if needed.

I call our strategy the “this-then-that” strategy. If he takes a bite of this, then he gets a whole bunch of that. For example, we would give him a hamburger (which he hated). After he took a bite, there was a huge over-the-top celebration and then a handful of chips as a reinforcer. (his favorite food) Then, we would repeat until he ate all of the burger. Incidentally, hamburger is one of his favorite foods now. Today, my son routinely eats salads, soups, and fermented foods. If I give him a brand new food, he’ll at least give it a try with very little coaxing needed.

How Does Food Help Autism?

You may be thinking, “Well, that’s great you get your kid to eat so many different foods, but how does that help autism.” I subscribe to the ancient philosophy of Food is Medicine.  Almost everything we give my son has some therapeutic value to it. For instance, his daily 3 cups of kale (in the form of a smoothie) supports his natural detox systems. It also bypasses his MTHFR gene mutation and provides the appropriate form of Vitamin B9 (folate). Additionally, the low sugar, low carb diet starves bad microbes in his gut, and the fermented foods provide a rich source of probiotic microbes to take their place.  I’ve written more extensively on this topic on my site, ImSimplyaDad.com. If you would like to learn more, you can visit this page here.

Has Your Son Gotten Better?

Have diet changes made my son suddenly start talking in full, clear sentences? No. Has the paleo diet cured his autism? Well, of course not. I can, however, say that he is much-much healthier.

He no longer gets rashes once a week for no reason. His cholesterol and Vitamin D levels are no longer dangerously low. He’s going to the bathroom more regularly, and his sleep is vastly improved. We used to get regular 2:30am wake up calls. Those are a thing of the past. His immune system is stronger. He no longer catches every single bug, and when he does get sick he recovers fast.

In terms of his autism-specific symptoms, he rarely bites, pinches, or hits others. Meltdowns have declined dramatically. He is more affectionate, and his obsession with food has decreased substantially. Paralyzing anxiety & self-injurious behaviors are at times more under control.

My story is not unique. There are thousands of parents like me who refuse to give up hope. There are many stories like mine, some even more profound. We challenge the mainstream belief, and we have helped our children improve using a holistic approach to autism; however, it doesn’t stop with autism. Attention and hyperactivity can be helped for kids with ADHD and other behavior problems. Speech can be improved. Pain can be taken away. People with autoimmunity have used these same protocols to reverse their diseases. Dr. Terry Wahls used diet as her primary weapon, and she cured her multiple sclerosis.

For those that may be considering a switch in diet, it is time to take the leap. Whether you are a parent of a special needs kid like me or just looking to help your child thrive and be the very best they can be, look at their diet first. Food is medicine, and help can easily be found at your grocery store. If you have a chronic disease like MS or Hashimoto’s, take comfort in knowing that relief is within your grasp. You just have to reach out and decide to grab it.

About Dave: My name is Dave, and I’m Simply a Dad. Everyday, I focus on raising my kids to have a healthy attitude towards food and life. I teach them the power of real food, and the dangers of pretty packaged foods. But, it wasn’t always like this. I struggled with poor health for decades, but my oldest son’s autism diagnosis started me down an alternative path. It was a path that taught me how to better care for him & his siblings. Not only that, it was a path that showed me how to better care for myself and appreciate the important things in life. Now, I want to teach my fellow parents the tricks I have learned to get my kids eating veggies at every meal. On my blog, I share practical, everyday advice and inspiration that you can use to improve the health and happiness of your own family. I’m Simply a Dad on mission to make the road to better health & healing easier for all families.
Join me at ImSimplyaDad.com/cavegirl