My girls and I love to try new things (to us) in the produce section.  So, to my delight, there was this strange orange thing with spikes all over it…I couldn’t re 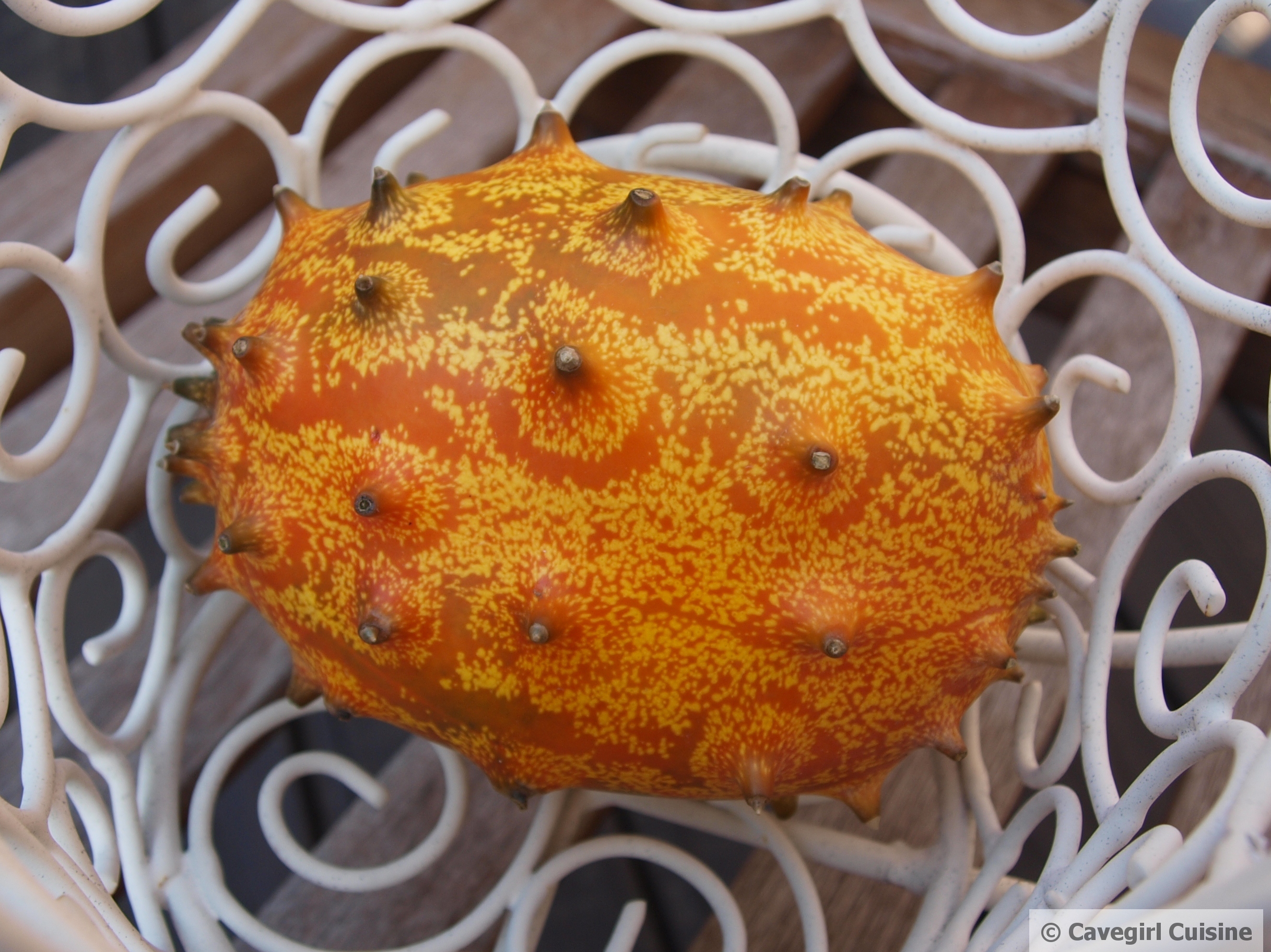 While checking out, the guy behind me asked, “How the heck do you eat that?”…to which I replied, “I have no idea, but I’m gonna give it a shot!”.

Once you slice it in half, you grab one of the halves and simultaneously squeeze between the spikes and suck the fruit.  It is initially an odd combination of a citrusy cucumber.  As you continue though, it has a mild sweet aftertaste, but it is very refreshing.  It would be a great fruit to throw in your backpack as part of a summer hike snack break.

According to Wikipedia, “The horned melon (Cucumis metuliferus), also called African horned cucumber or melon, jelly melon, hedged gourd, English tomato, melano, kiwano, or cherie, is an annual vine in the cucumber and melon family. It is considered to be the ancestor of the other cultivated melons. Often known by its nickname in the southeastern United States, blowfish fruit, it is grown for its fruit, which looks like an oval melon with horn-like spines. The fruit of this plant is edible, but it is used as often for decoration as for food. When ripe, it has a yellow-orange skin and a lime green jelly-like flesh with a tart taste, and texture similar to a cucumber. The horned melon is native to Africa, and it is now grown in California, Chile, Australia and New Zealand as well.“