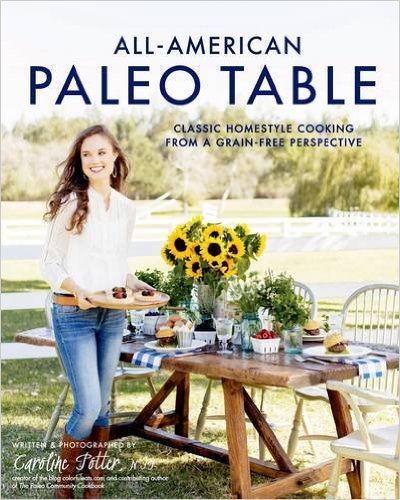 It amazes me that another beautiful paleo/grain-free cookbook has knocked my socks off…but it has happened. If for no other reason, this CRUNCH CINNAMON TOAST SQUARES recipe ~ genius! Brought to you from page 18 of All-American Paleo Table.

All-American Paleo Table is just a beautiful interpretation of what is on most of our tables with simple recipes and very clean ingredients. The pictures per recipe are colorful and gorgeous. Caroline Potter of Colorful Eats has done a supremely beautiful job ~ from front cover to end ~ it is a delectable journey!

Cavegirl Tip: I would suggest cutting these immediately after coming out of the oven. If you wait for them the cereal to cool, it will harden and snap if you try to cut it when cooled.